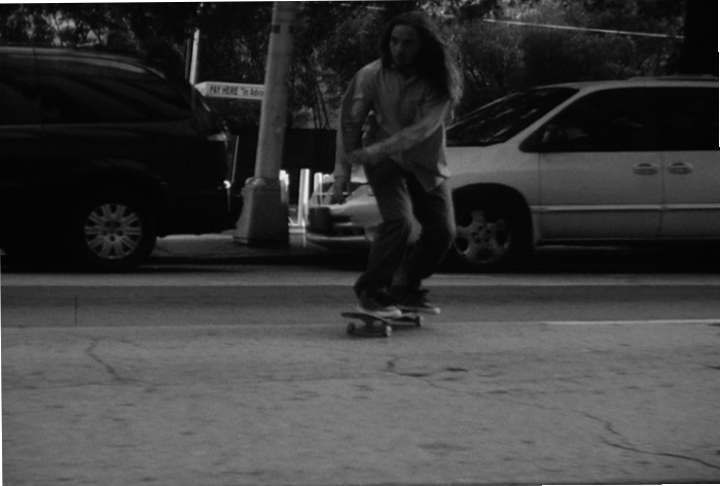 I've had a lot of people ask me about Matt over the years. What's he like as a person? What's it like to film with him? How does he come up with his video stuff? It's impossible to respond without literally sitting down and talking for hours. Saying things like "He's tight." "They're fun to work on." He's fucking crazy.", doesn't give it justice. I try and briefly explain that he's a genius with the video shit. He's so far out there that it's hard to explain if you've never been around it. The person just kinda looks at me and goes, Cool man....And I don't fault them. How the fuck are you supposed to explain in less than 3 minutes a dude who is so complex and is on different brain waves than your average 19 year old wide eyed excited information soaking dumb skate kid? Well, this interview let's Matt get some of his thoughts out. Too many times we'd go filming or skating. Get whatever we were trying to get in less than an hour, then sit down for 2 hours on the curb in front of the car and talk about shit like this. Put Chris Head on the session and you might as well call it a night if you're not interested in our conversation.

Posted by Jeremiah Babb at 7:27 AM