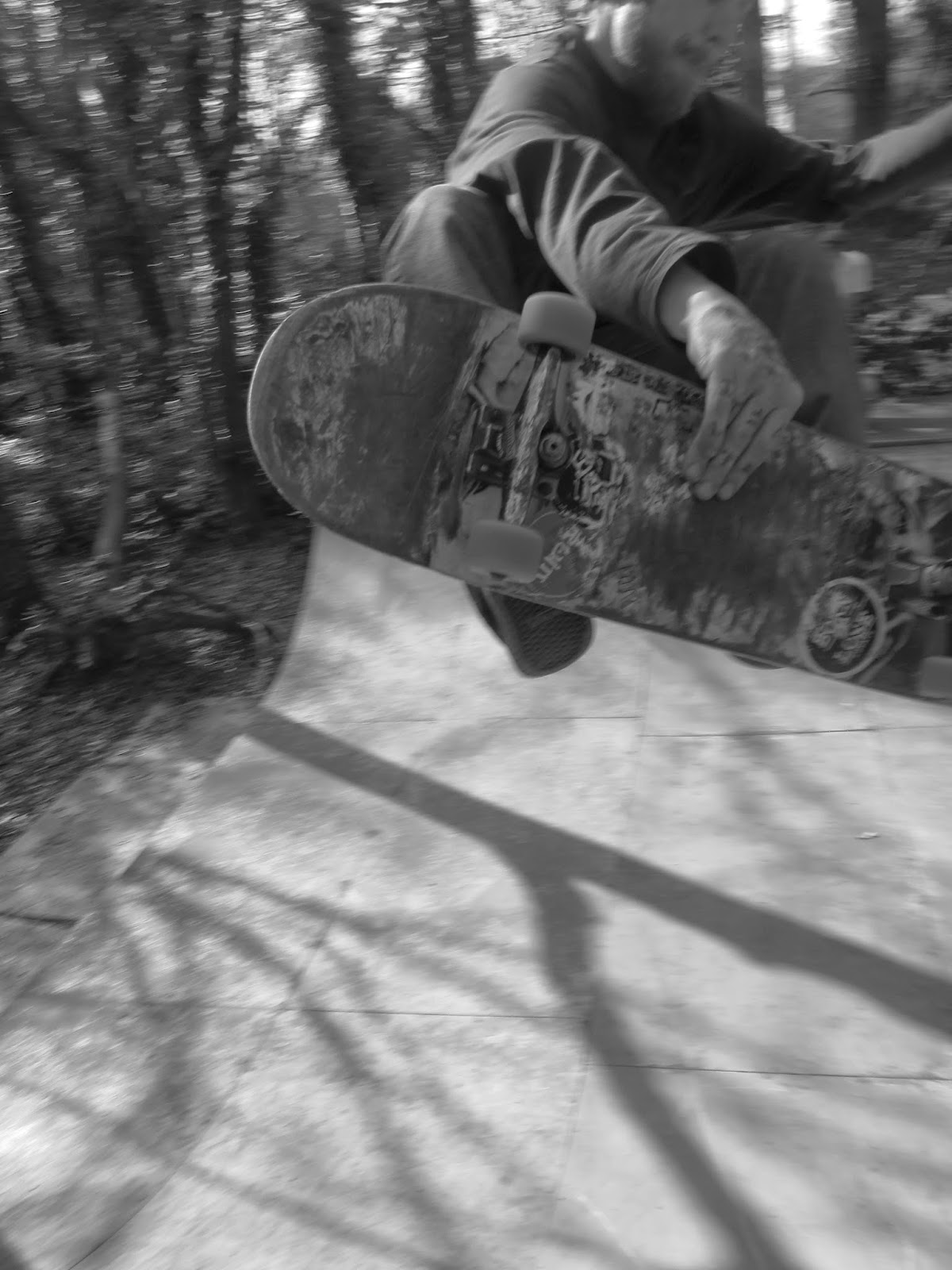 As previously stated, I'm not gonna sit here and act like I can take top notch photos. I can't make light enter a box and manipulate it to create a cool image. I can press a button at a specific time, usually, and get the "action" of skating. But, that's all I'm claiming.
My buddy David Whitney had a little ramp jam at his spot last weekend. I threw the kid, the board and the camera in there too. I have a plan to take all the crappy pics in the zines from now on and let Morico and the other know-it-all's in photography get the good stuff. As you can see here, no flashes, no wide angles. I just point and shoot the shit.
This is Nate Jones. Not that Nate Jones, but the Nate Jones who has adopted Atlanta from the Massachusetts area many years ago. Gnarly human. Rad dude. Ripping skater. He threw this air up at neck height. I thanked him for not bailing when he got done with his run. 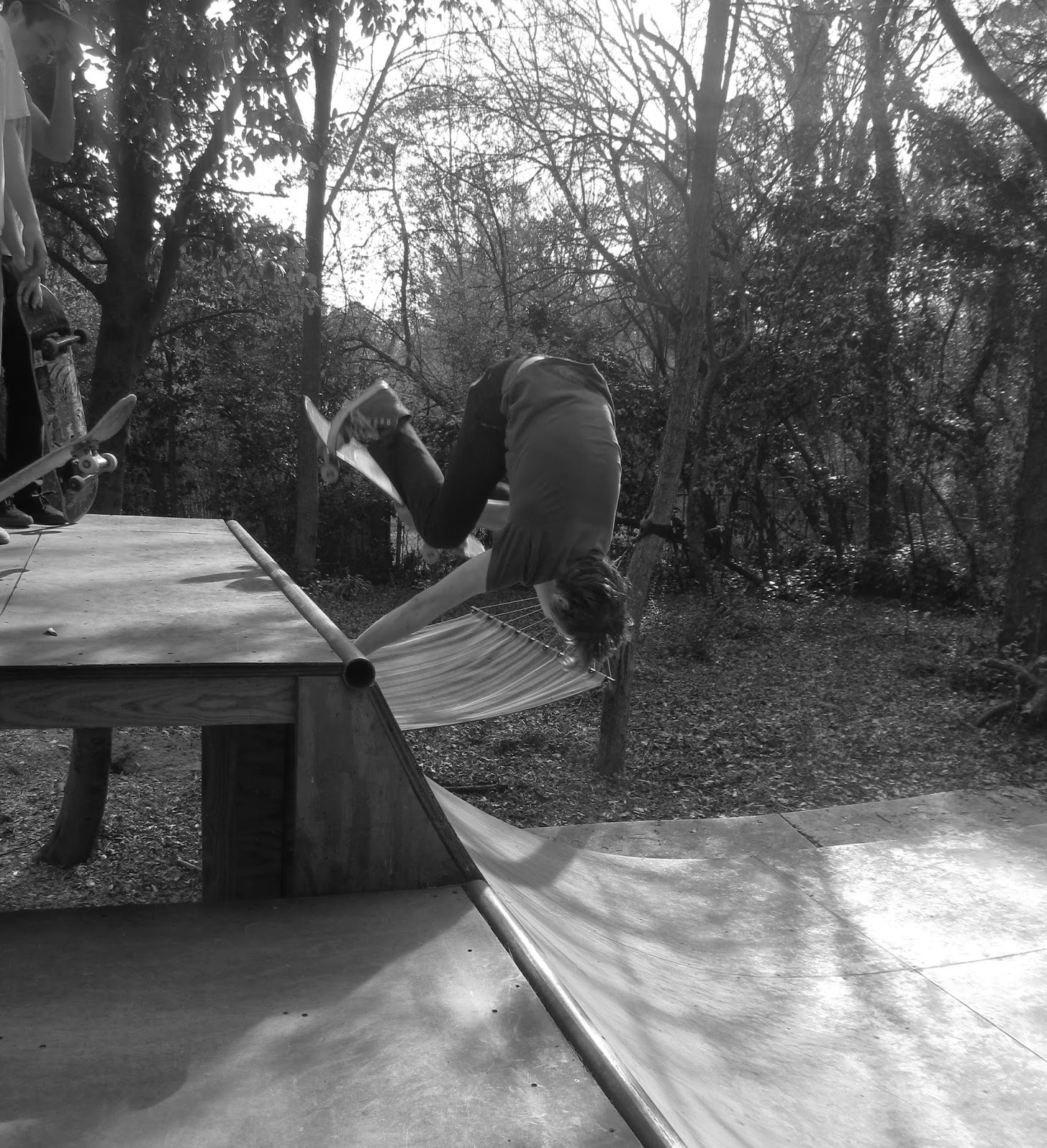 Little Mikey Ralph rules. I've known him since he was like 8 and him and his older brother would come by Ruin and get stuff. Mikey's tall as fuck now. I love seeing this dude when I go skating. 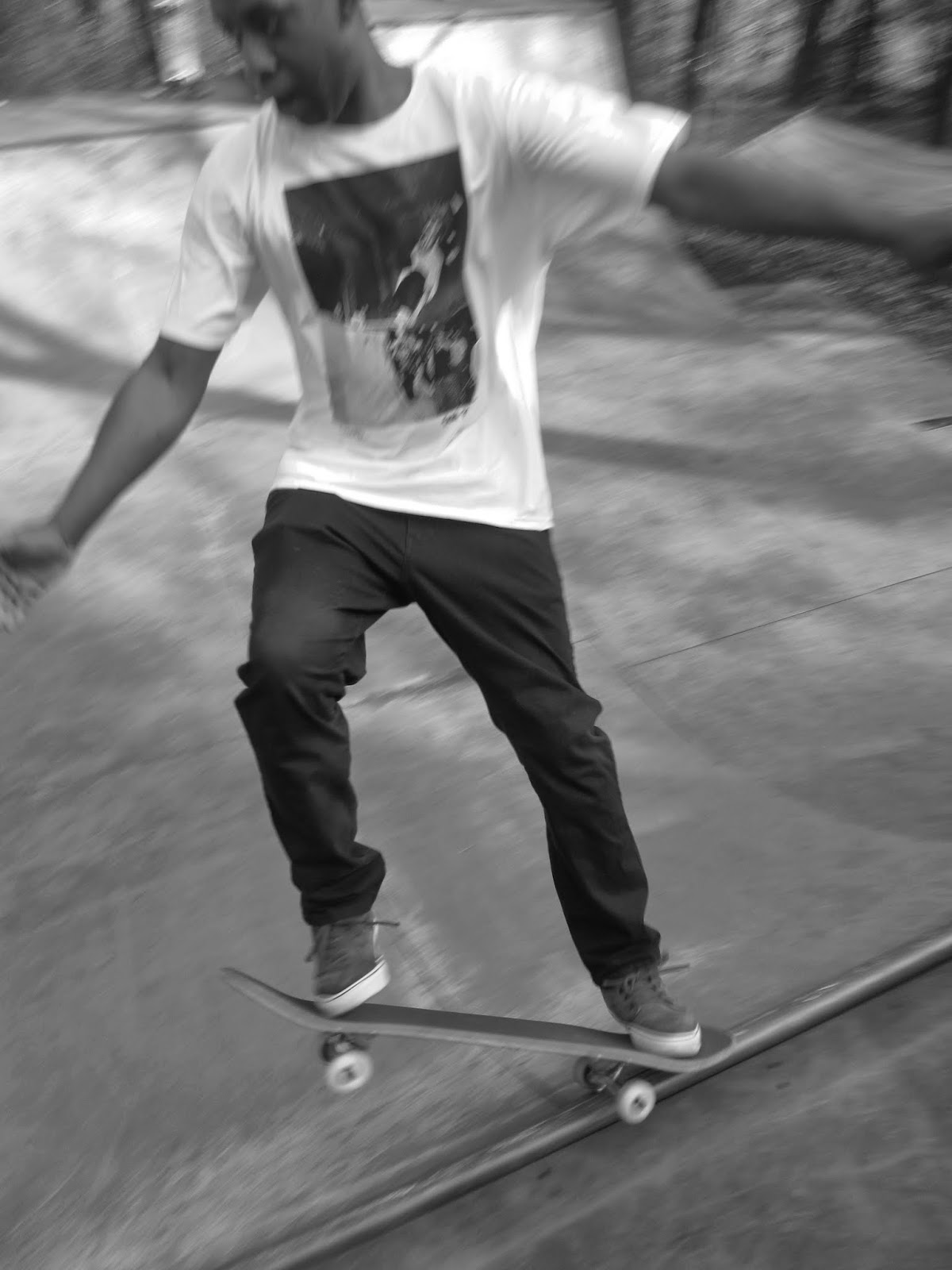 Local legend Anthony Hall has been everywhere and seen all of it. From Macon GA, years of exodus and finally returned home for good. A wife in medical school. An electrician in the union. I think Anthony started when he was 10 (?). At 35, he's a lifer. He's out there on the weekends... 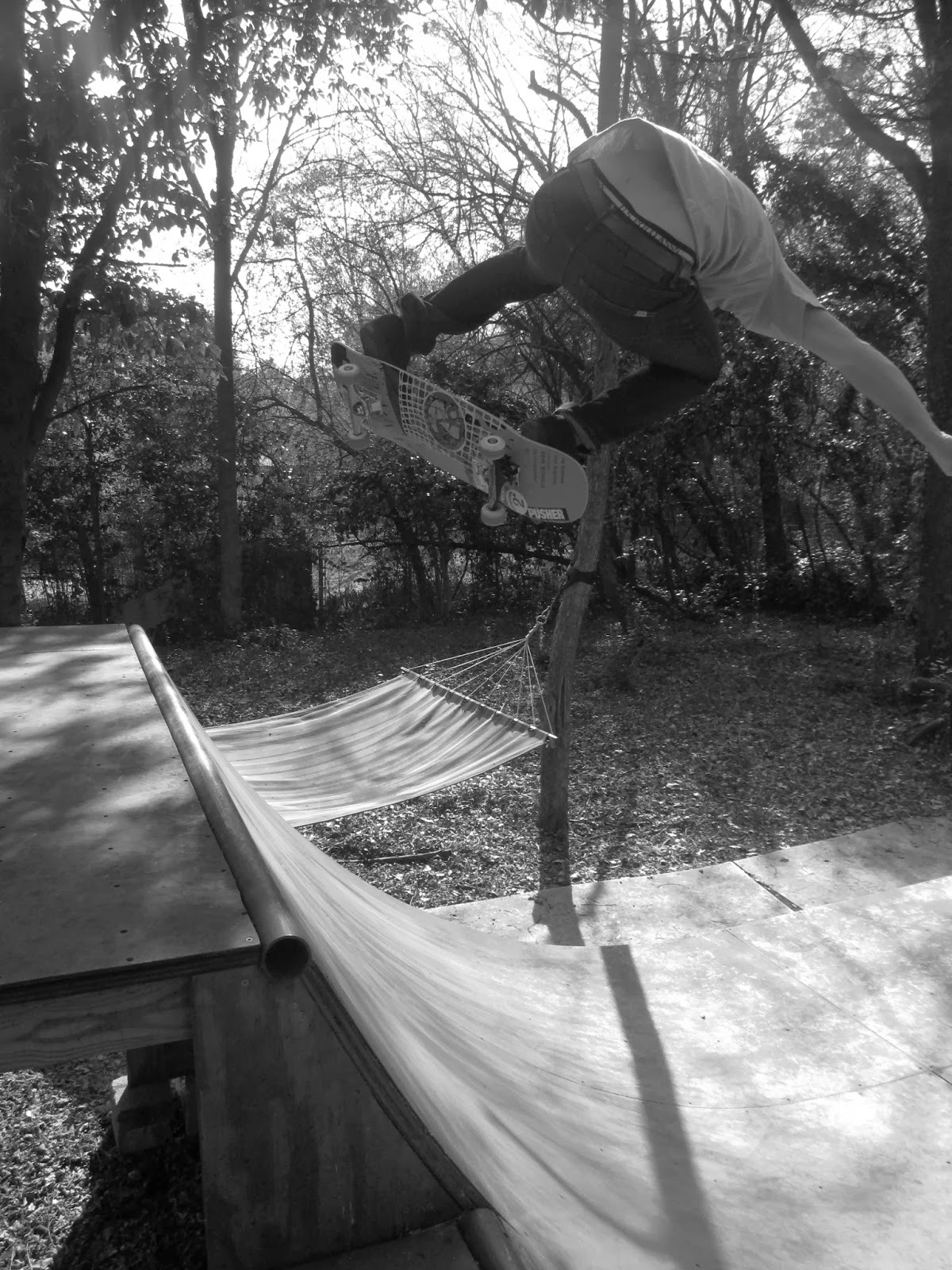 One of the heaviest dudes in town right now is Josh Butler. I was trying to figure out what setting to get for the camera when he boosted this big boy. He wanted to see it. He laughed and informed me that was a "butt shot". Thanks smart ass. I never would have figured that out. 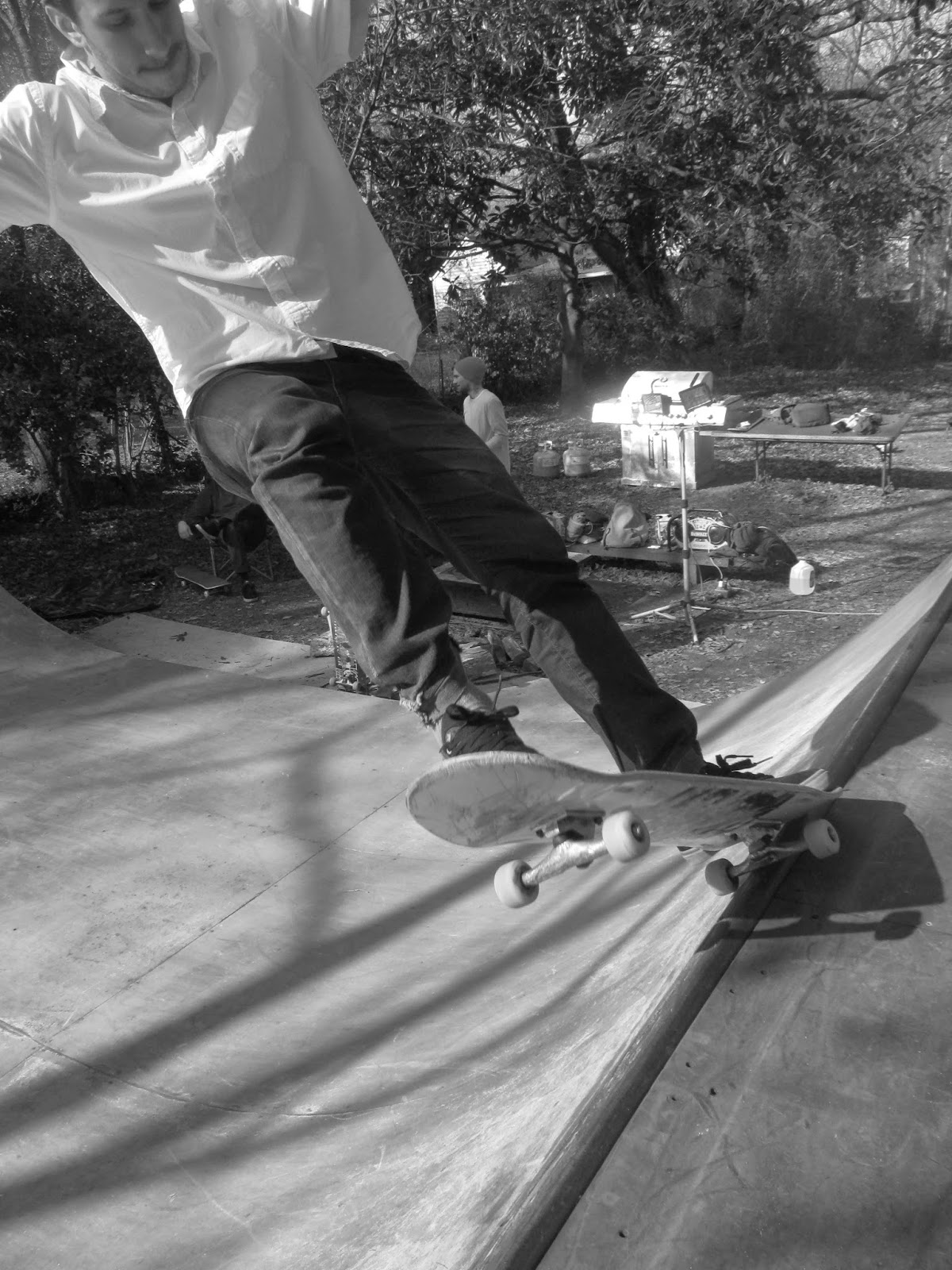 Ole' Merle. I was hoping he'd boost one of the no-comply to tails he was running all day. He kept doing 5-0 grinds. I was just sitting there waiting. And waiting. And waiting. Kinda like when he told me the Andrew Edge interview for the zine is "gonna be done next week". Just waited. Then nothing.
Yeah, so I'm not a photographer. I'm not a writer. But I'm trying. There'll be more of this. Skating and getting some pics of your friends. Photo copy them bitches and you got yerself a lil magazine. Get on it!

Posted by Jeremiah Babb at 5:33 PM