....I'd walk around after this video came just saying, "La schmove. We ain't got nothing to prove..." I'd go to Turtles music store at the Macon mall whenever the family went into town and ask the person behind the register...."You guys have The Fu-Schnickens?" Ha! And just think of some scrawny ass kid with a shaved head, glasses, braces and mega sized clothing walking in and asking that. Wait, most of you guys did too. For those that didn't embarrass themselves on the regular to try and claim a part of some subculture of skateboarding in the early 90's, you may have never really paid attention this part. It's killer. It's super pop in a time of curb squirrels. Included this board below, that I also obsessed over as a kid. Super rad layout. I had to get the discount boards and couldn't afford the new stuff at that time....long story. 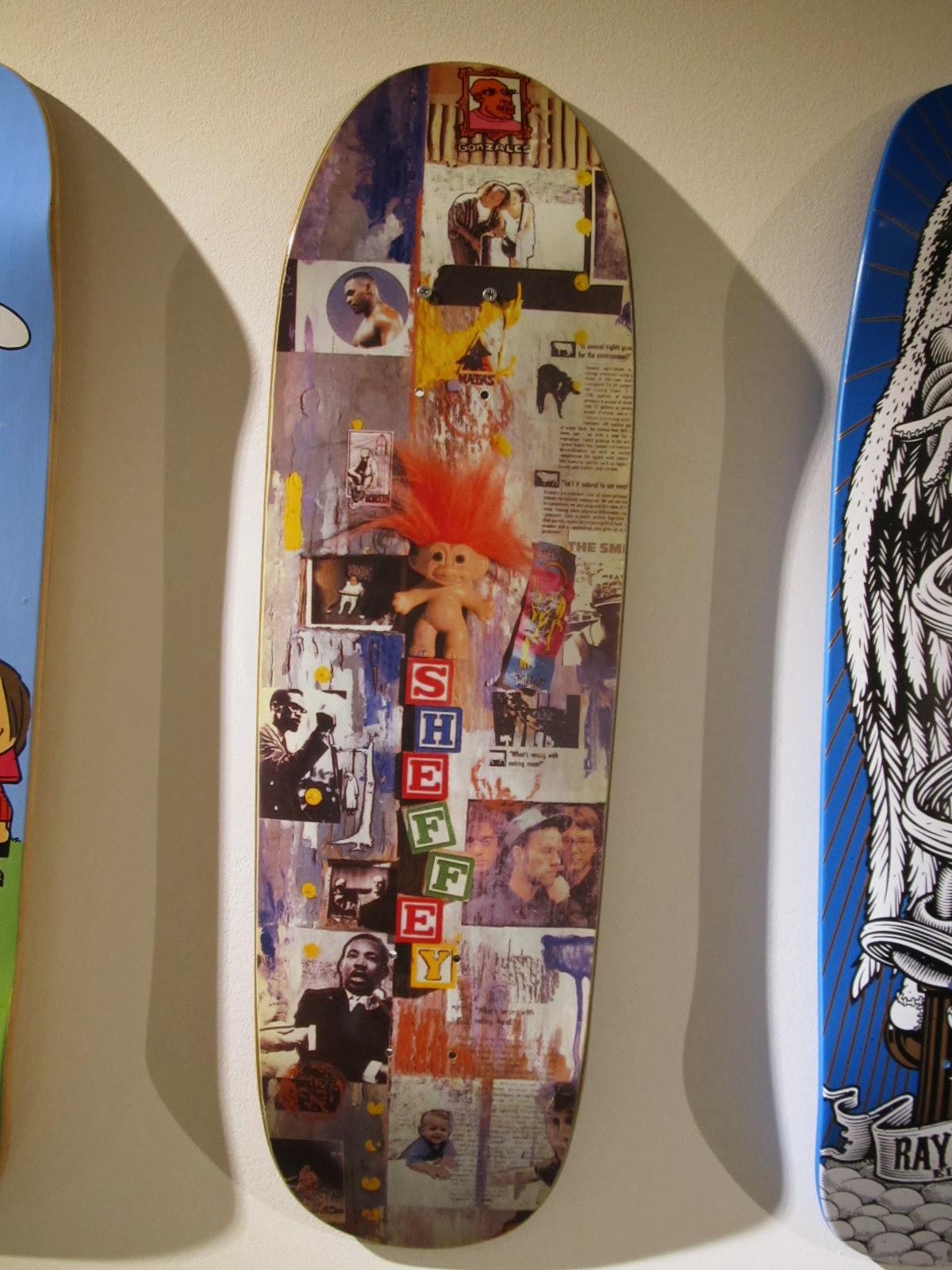 Posted by Jeremiah Babb at 8:58 AM