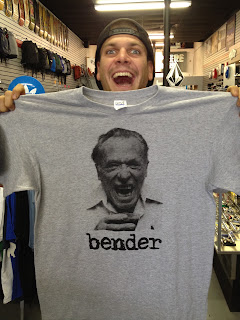 ......I think I met Pat within the first year of him skating. He was probably 13. Always at the skatepark chasing around his older peers up there. He was kinda odd though. I could tell immediately that his thing was ramps. Not the vert ramp kids crowd though. And not really the pyramid flippers either. He was natural at mini and bigger QP's at the park. He would skate that stuff alone mostly. He wanted it on all terrains though, learning really fast. Super hyped on skating and always asking me shit. I was hyped on him. He was bummed on his town and just wanted out. I'd tell him things like "When you're 18, you're free". "Just keep skating man. Fuck this town." And crap like, "There's more out there. Just keep skating".
He started coming to the city. Living in the city. Traveling the states. Traveling the world. Pouring 'crete at parks. And building the city's D.I.Y stuff. And absolutely shredding skateboards.
Super proud of the kid from the shit hole town in west Ga. Through all these years it's always ends the same when talking with Pat about his road stories and trips...."There's more out there man, just keep skating."
I've been down for Pat since the beginning. And Pat's down for bender. This one was a no-brainer. Thanks for jumping in, brother.....
Posted by Jeremiah Babb at 4:30 PM