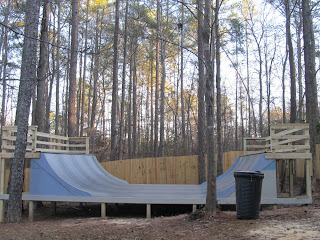 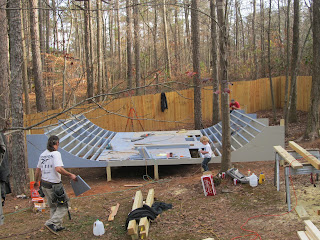 ..had the kid out there poppin chalk lines with us. The boys were trying to down that 18er in less than an hour. 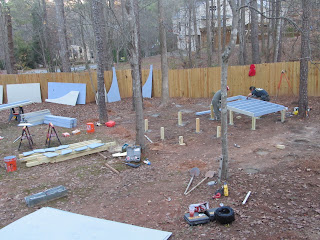 Me, Dave Quinlan and Adam Kowzun dug 28 f'in foundation holes and filled them in one day. The build started 2 days later. 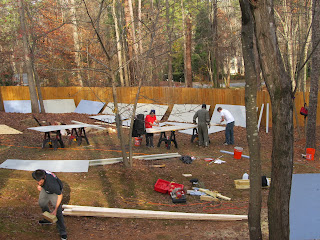 Bender dudes showed up big. Volunteering work both days last weekend before heading to their night jobs from 6pm til early in the a.m. Woke up a few hours later and drove back to the suburbs to help. That's fuckin dedication. Scott Wagoner, Santi, David Morico and John Willis all threw some paint and lifted some heavy shit for us. 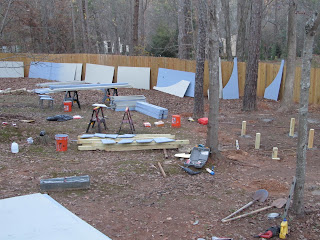 ...Wait where's that one board ya'll just had at?
Posted by Jeremiah Babb at 4:53 PM