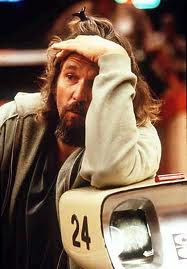 ...life's been ruling lately. 70 hour work weeks. no family time. no skate time. always look forward to these kind of months when our deadlines at work rule my sanity, patience and lively hood. i've been sucking at alot of things the last few weeks. i'm now trying to get around to mending the Bender neglect. here's some shit that may or may not be interesting. in no particular order.

......went to El Myr's anniversary party on saturday before heading over to see the Archers of Loaf show at the EARL. Archers was obviously amazing, but a surprising thing i saw was a band i've heard alot about. never been able to see them until saturday. gnar shit. drummer was the best. heavy bass lines. reminded me of old Black Flag. and damn if there doesn't need to be more of that attitude around. if you ever hear about a HAWKS show. gotta go.

......Alex Johnson said he wanted to be down and so it was dude shreds! BS Flip Guitar Center set? fo sho!

....that damn david Clark should be up in New York for the next few months living in the Quiksilver apt. filming for their vid. heard he shot some stuff in the Bender tee that may be an ad or something. also heard i'm gonna waste some money and make a D.Clark Bender coozie. in process.

......Dan's been rippin. paddin up too in the big ass bowl at the foundation park. credible sources say it's been ridiculous to see his progress. did he really say no to Drehobl and Lucky Bolts? i dunno, but i hope so.

.....Reggie damn near died in Macon Ga a few weeks ago. turns out when he falls the concrete flexes. as most "normal humans" it's the opposite. (last few tricks in clip)

....bender dude Scott Wagoner made a Bender Commercial and i'm such a douche i didnt even post it on here!!!! blowin it. love this style of skating. miss being out with those dudes. empty atlanta streets. skatepark.

.....Cole frazier headin back to college up in Gainesville, Ga. leaving a gap in the Ruin shop but furthering his epic-ness of following his heart and not the crowd. good on ya!

....Santi's been out on some boats with Big Bob Boyd doing some deep sea fishing along with the crew of El Myr lately. seen a photo of his fish. damn!

.....somebody you know has a mega f'in part comin out soon with a 20,000 dollar Slayer song. we're stoked on him. but we can't afford for him to look at our bolts. this should secure a pretty epic situation in Tampa and later this year. although an argument broke out on the rigging of a major skate title between said dude and some other dude everyone loves. politics, bro. ruins the fun of it.

.....Shawn beeks made some super racist shirts. he'll be in atlanta next week. i believe Ruin carries most of his stuff, although this not only crosses lines of offensive, it pisses on them and then lights them on fire. i'll take two please!

.....someone messed up and took me for a professional skateboarder. i'm sorry for the disappointment. but i do have a board with my name on it.

....Burner's been M.I.A but believe he's been livin life to the fullest. workin, skatin and chillin....
Posted by Jeremiah Babb at 7:16 PM