...There's too many thoughts that i think could be interesting for Shawn, but i don't have a novel's amount of space. If you have ever met and spent time with Shawn, then you already know what an amazing dude he is. So, i'm gonna assume you already know Beeks. And if you don't, you should've been around more. 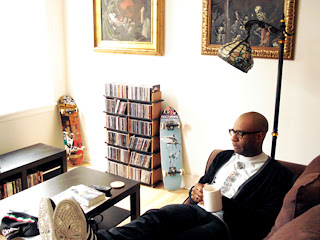 ..How's it go? Two knee cap explosions from skating, a sudden near death diabetes attack, a disdain for normal life and a need to move to PA for extended schooling? It's left me without my skate bud. He was down anytime, anywhere. The worst is that with life and injuries, my old boy can hardly skate at all. 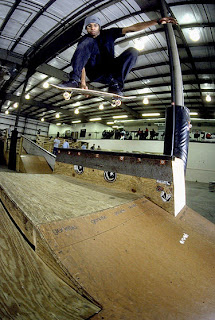 ...I've gotten pissed and bummed at Shawn twice in the 20 years we've been friends. Once when he canned Raped Inc. Skateboards and the second was him moving. I had no one to steal tricks from! Dude shreds! This was a random/easy go for sure. Shawn never really wanted the spotlight of filming or shooting photos. He was one of the few rippers that cared more for life aspirations than stressing on skateboarding. 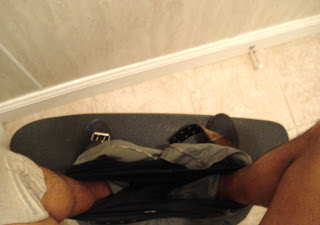 ...I asked him to send me a photo of him skating. He says he doesnt skate a whole lot and I understand why. Was stoked to see a "Beeks skate" email. Opened it up and saw that homeboy's been ripping whatever's in his path....on the way to the shitter.
Classic Beeks.