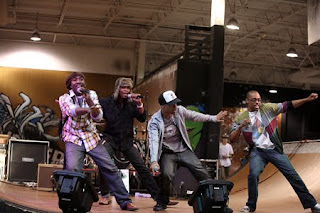 ...it's as if i'm always a day late and a dollar short.
..found out about this event, which happened in December, through someone's Facebook page and now have questionable (more) thoughts about that person. apparently a company called Kickboard Kouture, major MAJOR supporters of skateboarding, put on a "Skate Rock" show at Woodward Park (R.I.P). they combined all of their market studies, research and skateboarding backgrounds and decided what they had was golden. a "let's do this" moment if you will.... 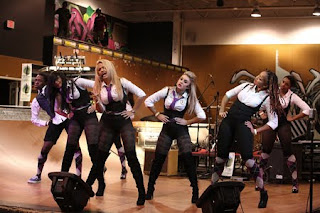 ...straight up in your face aggression, attitude and style from The Coeds!!! 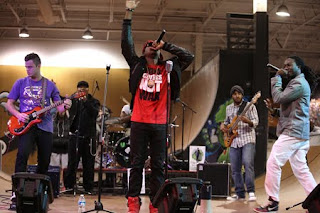 ....throw in the smooth beats and lyrical flow of Dipshit Dolittle....performing with a LIVE band...ssooo sick! 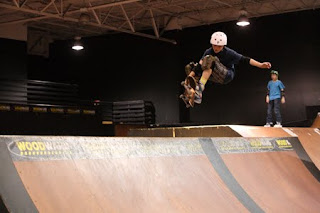 ...and the ripping styles of that rollerblader kid and this early grabbing doofus. and what you have just witnessed was a skateboarding game changer. a swagger-ific example of reppin yer spot, hollerin at cha's and you know how we do's up in the northern suburbs of a city that so many people refer to as new, vibrant, fresh, artistic and is making a mark on the american culture front.
...i can't stand the fact that any skatepark closes, but if your park is hosting this bullshit and you still wonder why you can't get respect and for the big dudes to roll through....you should hit up Kickboard Kouture. they got a skate brand to sell ya!
Posted by Jeremiah Babb at 11:41 AM